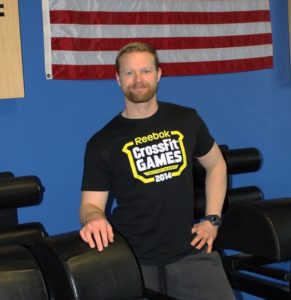 When Doug Zakaras ’03 decided to join Beta Theta Pi in 1999, it was the brotherhood, dedication to hard work, and the ability to have fun that appealed to him. Now more than 10 years later, Doug realizes that on top of all that, Beta gave him a chance to grow as a person and discover a career path.

“For the first time in my life, I began to feel connected to something much larger than myself,” Doug says. “I am proud of the history of Beta Pi, as well as Beta Theta Pi, and the contributions that its members have made to the University of Minnesota and their communities.”

During college, Doug was an involved member of Beta Pi, serving as treasurer. Some of his favorite memories come from his time living in the chapter house, and he will never forget the fun and support that the brotherhood brought him.

The summer of his junior year, Doug attended the Beta Wilderness Challenge outside of Park City, Utah, and permanently moved to Utah shortly after that. After nearly a decade of working in private education, he decided to pursue a career he was more passionate about—physical fitness.

Now, Doug trains group fitness classes at a local Park City gym, CrossFit Park City, and travels on most weekends to facilitate courses for CrossFit Inc. He also runs a business that provides strength and conditioning programming and training to youth athletes.

“If it weren’t for Beta Theta Pi, I would never have moved to Utah and found the career path I’m on today. If I had never attended the Beta Wilderness Challenge, I doubt I would be where I am today,” Doug says.

Although moving away from the Beta Pi Chapter has made staying involved difficult for Doug, his Beta brothers are still some of his best friends, and he makes an effort to stay in touch with them.

“The life experiences from Beta, both good and bad—brotherhood, support, fun, and friendship—are a huge part of who I am. Absolutely I would not be where I am today without Beta.”

Doug and his wife, Siri, live in Park City, Utah. In his spare time, Doug enjoys skiing, biking, and spending time outside. His e-mail is dzakaras@gmail.com.