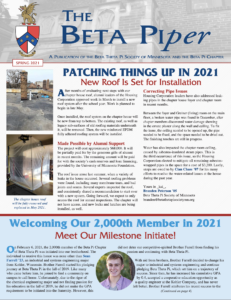 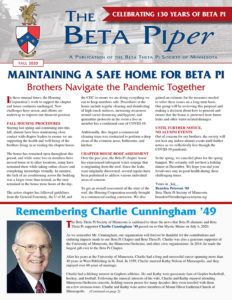 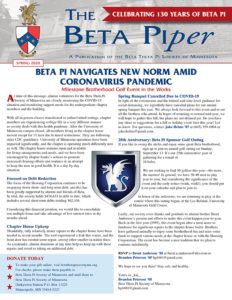 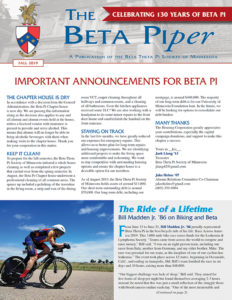 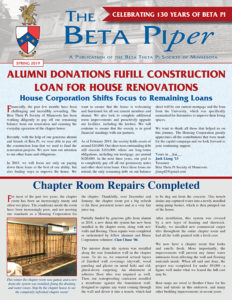 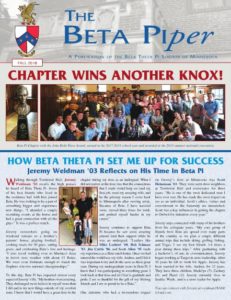 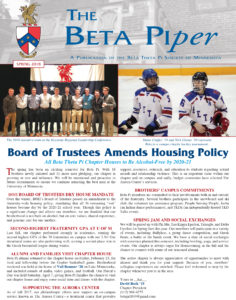 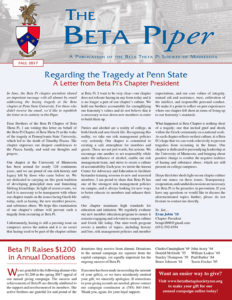 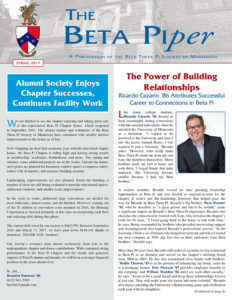 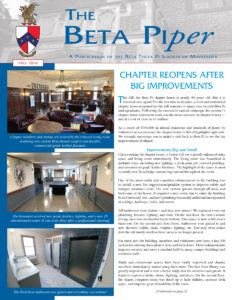 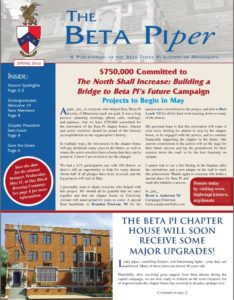 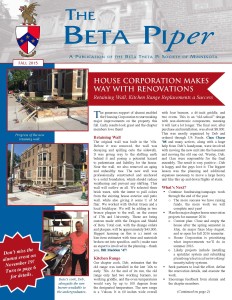 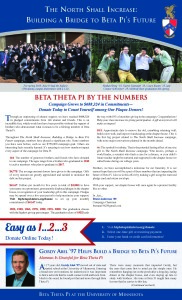 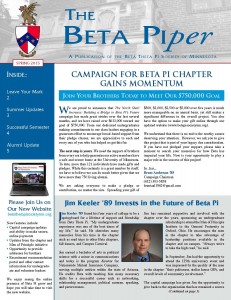 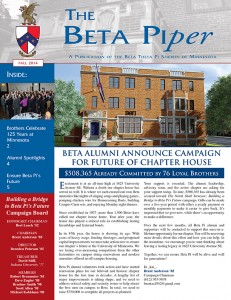 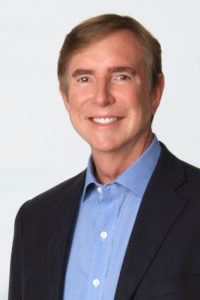 After more than 30 years of work, four books, and several appearances on Larry King Live, when George Pratt ’70 thinks about what has helped him become a successful psychologist, Beta Theta Pi is at the top of his list.

During his freshman year at Minnesota, George was a member of a rock and roll band invited by chapter president Pat Fallon ’68 to perform at a Beta event. Shortly after that, George decided to join the Beta Pi Chapter. “With such a large campus, I wanted to have the ability to connect with people who would become my friends and use that common energy to build a great college experience,” George says. “I wanted like-minded, positive, inspirational people, and that’s exactly what I found at Beta.”

George took advantage of the opportunities he found at Beta Pi and served as both social chairman and academic chairman. After earning two degrees from Minnesota, a bachelors in arts cum laude and a masters in psychology, George moved to California and earned his doctoral degree. There, George began his career as a clinical psychologist, and he credits his time at Beta for sparking his interest in helping others. “When I was a pledge, my big brother introduced me to a program at the YMCA called Project Motivation where you act as a big brother to someone who is disadvantaged,” George says. “It opened my eyes to helping people, so that is a big reason I wanted to help people in my career. I have Beta Pi to thank for that.”

Today, George is a clinical and consulting psychologist with a private practice in La Jolla, California. He specializes in emotional healing and helping people achieve their goals and dreams. Rob Dyrdek, host of Ridiculousness and Fantasy Factory, is one of George’s clients and considers his help to be the reason behind his accomplishments. In addition to working with Olympic athletes, Super Bowl champions, and Academy Award and Grammy winners, George has written four books, including his bestseller, Code to Joy.

George believes that when you have a firm foundation, you can begin to help others, and he thanks Beta for providing the foundation and support that have led to his success.

“Beta helped me live my life with values and priorities, kindness, and connection to others. I felt more inspired and positive because of the friendships I made. I am fortunate to have success, and I think it is partially because of affiliating with Beta Theta Pi and the success-oriented, great guys I found there.”

George lives in La Jolla, California, with his wife, Vonda, who was a flight attendant for American Airlines. His daughter, Whitney, is a photographer. In their spare time, George and Vonda enjoy golf and traveling to see friends and family. Visit his website at www.drgeorgepratt.com. George can be reached at gp@drgpratt.com.

More than 200 alumni, active members, and friends of Betas gathered for a weekend of events in Minneapolis to mark the 125th anniversary of Beta Pi chapter. The celebration was highlighted by chapter house visits and a celebratory gala on Oct. 4, 2014.

Beta in Minnesota has reached a new milestone—125 consecutive years of operations!

To mark the occasion, more than 250 Betas, spouses, friends, and special guests gathered on the weekend of October 3. The huge turnout—likely one of the largest Beta in Minnesota history­—came together for several anniversary events on campus and in downtown Minneapolis. 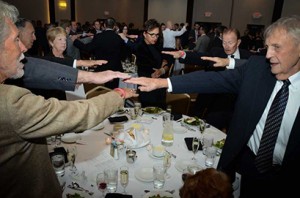 Minnesota Beta brothers of the past seven decades (from the 1950s to recent graduates) enjoyed a weekend of catching up, visiting the house, touring campus, and singing Beta songs. The activities were capped off by a 125th anniversary celebration in downtown Minneapolis at the Millennium Hotel. After a year of extensive planning, Paul Villella ’04 and Jake Helms ’07 served as emcees for the dinner. Dave Engler ’85 gave a toast by leading attendees in a round of the famous Beta song, “Marching Along.”

Former Beta Pi President Jim Reese ’60 spoke of how joining Beta Theta Pi was one of the most significant decisions of his life. As an undergraduate, Brother Reese met his wife (and Gamma Phi Beta alumna), Joanne, and became the first president of the Minnesota Student Association, the undergraduate student government at the University. After an exceptional career, Jim and Joanne now live on a ranch in Albany, Missouri.

General Fraternity President Bob Schnese, Wisconsin ’83, spoke of his pride for the Minnesota chapter and shared how the chapter and alumni have consistently serv 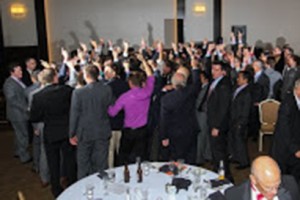 ed as leaders across all of Beta Theta Pi’s 135 chapters. Brother Schnese is a former district chief, lives in Eden Prairie, Minnesota, and also has a Minnesota roll number.

Beta Pi Chapter President Nathan Wong ’15 thanked all who attended, invited them back to visit the chapter sometime, and shared updates on recent success of the chapter, most notably in academics and recruitment.

To mark the occasion, Beta alumni from across the U.S. (some traveling as far as Alabama, New Jersey, and California) traveled to Minneapolis. Mike Southwell ’05 even made the trip from Sydney, Australia.

This was a momentous occasion for the Beta Pi Chapter and we couldn’t be happier that so many chose to celebrate with us. Here’s to another successful 125 years!