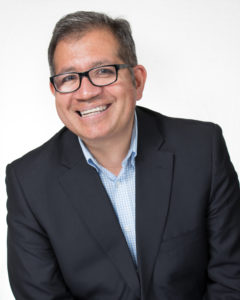 Like many college students, Ricardo Cazarin ’86 desired to form meaningful, lasting connections with like-minded individuals when he attended the University of Minnesota as a freshman. “I wanted to be involved at the University and once I saw the movie Animal House, I was inspired to join a fraternity,” Ricardo jokes. “However, what really made Beta Theta Pi stand out from the rest were the members themselves. These brothers made me feel at home and with them, I forged bonds that truly mattered. The University became smaller because I had my Beta brothers.”

A zealous member, Ricardo wasted no time pursuing leadership opportunities in Beta Pi and was elected as Sergeant-at-arms for the chapter. It wasn’t just the leadership, however, that helped pave the way for Ricardo in Beta Theta Pi. Ricardo’s big brother, Steve Kanner ’83, who he describes as “a great person and fun to be around,” made a significant impact on Ricardo’s Beta Theta Pi experience. Ricardo also cherishes the connection he formed with Tom, who served as the chapter’s cook for 16 years. “I loved going back to the house to talk with Tom,” he says. Being surrounded by brothers who provided unwavering support and encouragement also inspired Ricardo’s professional success. “In the fraternity, I built a set of friends who helped me network and when I started my own company in 1998, my first two or three customers were Beta brothers,” Ricardo says.

More than 30 years later, Ricardo still makes it a priority to stay connected to Beta Pi as an alumnus and served on the chapter’s advising board from 2000 to 2003. He has also maintained close bonds with brothers. “Rollin Thorton ’83 is in the process of refinancing my home, since he is a mortgage broker; Pete Thorsen ’87 provides employee benefits to my company; and William Madden ’86 and I see each other socially,” he says. “Learn to be a good friend and keep those relationships forever if you can. They will make your life easier and more colorful.” Ricardo also enjoys attending the University’s Homecoming game and celebration each year with his daughters.

Ricardo owns a marketing and advertising company, Cazarin Interactive, which he founded in the basement of his home in 1998. Today, the company is comprised of a team of 20 people developing cutting-edge website design solutions for companies of all sizes, with categories ranging from consumer goods to manufacturing. The company’s website can be found at www.cazarin.com. “I am the founder—president—janitor when needed,” he says. In his spare time, Ricardo plays racquetball, travels around the world for fun, and is part of Rotary International. “In 2007, I launched the campaign One Act of Kindness, www.oneactofkindness.org, which encourages simple acts of kindness between strangers, and have people sending me notes from around the world who have received acts of kindness. I also created Act of Peace, www.actofpeace.org, to help bring peace to Nigeria and to countries where there is war.”

When he is not hard at work, Ricardo enjoys spending time with his wife, Mary, and their three daughters: Meghan (19), Ashley (16), and Grace (11). You can contact Ricardo at ricardo@cazarin.com.