How the Fraternity Influenced Ryan Demmer ’99 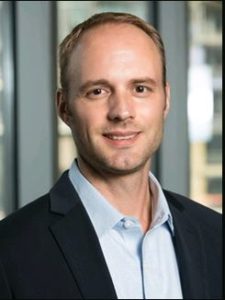 The ΒTP chapter at the University of Minnesota was intriguing to Ryan Demmer ’99, who found the active members to be welcoming and good-natured. His initial interest in the fraternity stemmed from its longstanding traditions and reputation for being academically rigorous. While pursuing his bachelor’s degree in public health with a business and life sciences emphasis, Ryan was initiated into the Beta Pi Chapter.

Ryan befriended his big brother, Ivan “Butch” Weiss ’97, and Scott Allen ’95 right away—members who ultimately proved very influential for him. “They both played a part in my decision to join the chapter and my engagement in chapter life,” he said. In fact, it was because of Scott’s convincing that Ryan took an elective public health course during his freshman year—a fateful choice that played a huge role in Ryan’s ultimate career path. “That course introduced me to epidemiologic research in understanding disease etiology,” he recalled. Soon after, he changed his major from engineering to public health.

During his active years, Ryan served on Beta Pi’s executive council as house manager, executive-at-large, and chapter president. “My time at Beta allowed me not only to make lifelong friends, but exposed me to an array of new ideas and opportunities in life,” he recalled. “My ability to serve in leadership roles within the chapter helped me grow and created opportunities that have served me well ever since.”

Getting to know a chapter’s active members should be something undergraduates do before making a decision to join a Greek organization, according to Ryan. “The individuals in the fraternity will shape your values, behaviors, and work ethic during an important time in your life.” He also encourage students to consider the strength of the national organization as a whole, paying special attention to potential leadership opportunities available to the members.

After graduating from UM, Ryan went on to earn a master’s of public health and a Ph.D. in epidemiology. Today, he is an associate professor of epidemiology at UM, interested in researching microbial etiologies of cardiovascular disease and Type 2 diabetes. “I am particularly interested in the human microbiome and how bacteria in the mouth and gut can influence health,” he revealed. Ryan previously lived in New York for over 10 years, working in the department of epidemiology at Columbia University.

Though his days of being in the active chapter are behind him, Ryan keeps in touch with several of his Beta Pi brothers through alumni functions. “My family recently returned from a vacation in Florida, where we spent the week with Nick Lampi ’98 and his family,” he revealed. In his spare time, Ryan plays golf, pool, and softball and appreciates the occasional Netflix binge. He and his wife, CloEve, and their children, Ashton, Makenna, and Addison, also enjoy spending family time at the lake. You can connect with Ryan at demm0009@gmail.com.